WARNING: This is a STRONG Brew of 'Mommys Who are Unaware'... 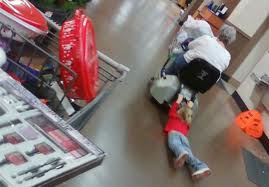 Hello Darling... Happy as always when you stop by!  I’ve got a fresh pot brewing and I think it may be a bit strong...
Bad Parenting.  Oh my, that’s a couple of words that can set many Mommys into cardiac arrest.  But I have to do it my Dear, I have to say what’s on my mind and I know you won’t be offended as you are not one of those Mommys.
Now Darling, I won’t beat around the bush, though I’d like to beat some of these Mommys over the head for behaving the way they do.  Yes my Dear, I am Caffe, and of course I adore my lipsticks and powdering my pretty little nose, but there’s only one thing that’s more important than my fabulous good looks... being a good Mommy.
There are several areas I’ve noticed that are lacking in good parenting skills... too much in fact to put into one post.  So let’s start this chat with a word that has been forgotten on the back burner and now needs to get stirred up a bit ...
awareness |əˈwe(ə)rnis|
noun
knowledge or perception of a situation or fact: we need to raise public awareness of the issue. there is a lack of awareness of the risks.
• concern about and well-informed interest in a particular situation or development: a growing environmental awareness. his political awareness developed.
But Caffe, what are you talking about?  The lack of awareness in parenting Darling!  Haven’t you noticed the Mommys that don’t notice?  The Mommys that don’t notice when their 18 month old is running away from them at the register in Costco?  Really?  There’s a remedy for that... it’s called... PUT THEM IN THE SEAT OF THE SHOPPING CART!
The Mommys that don’t notice when they are standing in line with Grandma at the Starbucks in Target while their toddler runs to the rubbish can, rubs her hands around the rim (Eeew!), looks at Mommy, then bolts into the abyss of the $1 aisles by the entrance, a few feet away from the main entrance... This particular Mommy DID... NOT... SEE... HER... GO!  And what about Grandma?  She wasn’t paying attention either!  Now we know where this Mommy learned it from.
True stories.  I witnessed both within a few days of each other.

Mommy in Costco held everybody up in line while retrieving her little firecracker, even though she was in the middle of a transaction.  Ummmm, yup, AWARENESS!
Mommy in Target searched for her ‘in plain sight’ little escape artist for 8, eight, EIGHT MINUTES!!!!!  How do I know this you ask?  I was in the same line watching my own Littlest, while watching this event unfold.  After I got my coffee, I actually stood by the entrance to make sure that the little one didn’t go out the doors.
The thing that bothered me the most, was when Mommy finally got back to Grandma with child in arms, she was scolding the little girl!  I wanted to throw my shoe at this Mommy, but I was wearing a pair of Pradas!
None of this would have happened if the Mommys paid attention to their most precious gifts.
The busy holiday season is coming upon us and we need more than ever to spread good cheer and remember today’s Mommy Lessons... AWARENESS.
My cup is empty, and I really don’t think I need another... besides, I need to look in the dictionary and find my next back burner word to stir up!  Until we meet again my Dear Friend... Ta Ta!
P.S. I must send a warm Cups Up! to SoCalSweetheart, Theresa, over at A Shot Of Laughter ... She awarded me the Liebster Blog Award!  Thank you so much Theresa Darling and I will purchase a new shade of lipstick for this special honor...  Blowing Kisses...  xoxo
O&C by CaffeinatedOCMommy at 12:39 PM

Have you seen the latest collection of lipstick colors?? Oooooh, I can't help myself! Thanks for stopping by... xoxo

I Know you Want ME!

On the Back Burner

The legal mumble jumble about the images used on Caffeinated OC Mommy...

Most of the images on COCM are found on Google images. If there is an image here that is yours to claim, contact me and at your request I will either remove the image or give credit to your wonderful creation. Cups Up! xoxo